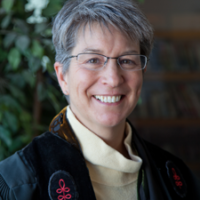 Rev. Marta Flanagan began her ministry as our twentieth called minister at First Parish in the fall of 2009. She is a genuine and forthright preacher. In conversation she is direct and engaging. She speaks of prayer with as much ease as she laughs at human foibles. We call her “Marta.” Marta is a religious liberal, a theist, a feminist, and a lover of the woods. As a student of American history at Smith College she was captivated by the stories of social reformers who were motivated and sustained by their faith. That led her to consider the ministry and to study at Harvard Divinity School from where she was graduated in 1986. She was the first woman minister in the city of Salem, Massachusetts, serving at the First Universalist Church there (1987-1997). She served in a co-ministry at South Church (Unitarian Universalist) in Portsmouth, New Hampshire, (1997-2005) from where she is minister emerita. Marta served as interim minister in Montpelier, Vermont (2008-2009). She is trained as a spiritual director. For three years she lived in the Vermont woods practicing voluntary simplicity and the spiritual life. Marta enjoys the vitality of First Parish and our strong sense of community. She celebrates the yearning for depth and the desire to make a difference in the world that she finds here. You may contact Marta’s Executive Assistant, Sara DeLong , to set up time to meet with Marta. 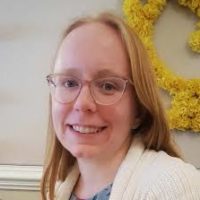 Chloë joined First Parish in the Fall of 2019 as Intern Minister and is a recent graduate of Harvard Divinity School. She grew up in Yorktown, Virginia and attended the Unitarian Universalist Fellowship of the Peninsula. Chloë received her undergraduate from George Mason University in Conflict Resolution and subsequently spent two years serving with AmeriCorps. After serving during Superstorm Sandy, Chloë worked as a disaster responder for the American Red Cross in West Virginia. It was while working with churches in West Virginia that she decided to further follow a call to ministry and attend seminary. Before coming to First Parish, Chloë was a Clinical Pastoral Education Resident at Massachusetts General Hospital. She served as an interfaith chaplain in general medicine and on the Burn ICU. Chloë loves the outdoors and finds her spiritual grounding in nature. She is looking forward to learning more about congregational ministry while serving at First Parish. 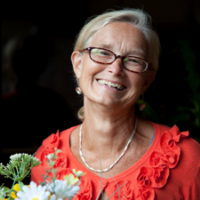 Tina Schultz brings to her position of Director of Religious Education a background in early childhood development, teaching and corporate training. Tina’s commitment and skillfulness meet the needs of our growing congregation. She has a deep love of children of all shapes, sizes and ages that have fueled her work as DRE since 1994.

She says ” Each year I look forward to meeting new families to draw them into our great program, and watching our children grow to be active Unitarian Universalists. The RE Committee, minister and I have created a clear plan for what we want our children and youth to come away with after being part of our vibrant, stimulating and loving church community.”

Learn more about our RE program.

Rose Sawyer Marsh is returning to First Parish in a new capacity as the Youth Program Coordinator. Having grown up in Arlington, Rose attended religious education programming at First Parish. Rose studied religion at George Washington University in Washington, DC. While there, Rose continued to be involved with the Unitarian Universalist community, volunteering with All Souls Church. Most recently, Rose graduated with her master’s in clinical social work from Smith College in 2019. Rose has a deep love for the youth group program and feels passionate about empowering youth in the community.

Jonathan Brennand, a native of Middlesex, England joined First Parish as Music Director in Fall 2014. His conducting has been praised by the Cape Cod Times for its “precision and vitality.” He was recently appointed Music Director and Conductor of the Farmington Valley Symphony Orchestra (CT) where he leads a 90-member orchestra in five subscription concerts each season. He enters his third season as Artistic Director of the Worcester Youth Orchestras, where he conducts the Worcester Youth Symphony Orchestra and Worcester Youth Baroque Orchestra. In two years he has grown the organization from one orchestra to three orchestras, and rejuvenated the 67-year-old program into a thriving member of the central Massachusetts music community. In demand as a guest conductor and clinician, he regularly conducts district orchestra festivals and appears with orchestras around New England. 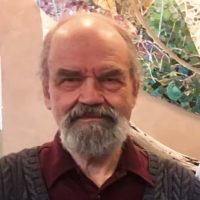 Kenneth Seitz, First Parish Staff Accompanist, brings to First Parish extensive experience as a seasoned soloist and accompanist, as well as director of a number of Boston area choral and instrumental ensembles. He was chosen to serve as Music Director at First Parish beginning in the fall of 1984, and remained in that position until the fall of 2002. Continuing his musical connection with the congregation, Ken was designated Music Director Emeritus as of 2008, and was asked to serve as interim director of music in the fall of 2014 while First Parish sought a new director. He was again asked to serve in the 2018-2019 church season, this time as staff accompanist, and continues in that position to this day. 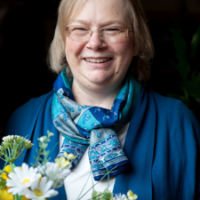 Joan Dyer joined the First Parish staff as Office Manager in October, 2009. She has deep roots in this area, having grown up “right next door” in Lexington.

After graduating from college, Joan worked for a large insurance company, first as supervisor of a clerical unit and later as a trainer while the company was installing their first computers in their field offices. The company sent her to learn computer programming, after which she worked there as a programmer. When her first child was born, she began ten years as a stay-at-home mom and community volunteer.

When her second child entered elementary school, Joan became the part-time Administrative Assistant at the church she was attending. Although she didn’t realize it right away, she says that in using her administrative skills to support a faith community, she had found her calling. She held that position for 15 years. When Joan sought full-time work, she jumped at the opportunity to come to First Parish. She enjoys supporting and collaborating with the staff and volunteers in our active church community. 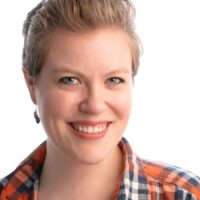 Sara joined First Parish in August 2016 in the position of Executive Assistant to the Minister and began working in the office assisting administratively in 2018. If you need to set aside time with Marta, please do not hesitate to email.

Sara moved to the Boston area in 2013 and holds a Bachelor of Music from CSU Sacramento, CA. She also works for the Isabella Stewart Gardner Museum in Boston during after hour events.  Sara is active both on stage as a performer and behind the scenes as a producer in Boston’s operatic community. Sara’s favorite thing (aside from singing) is board games! 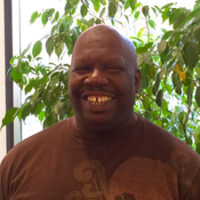 Derrick has been involved with custodial work one way or another for the better part of his adult life by way of a family-owned cleaning and floor service business. Over the years, Derrick says, he has acquired the nickname “Mr. Clean.” Derrick works about 18 hours per week on Monday morning, Wednesday morning, and Saturday. 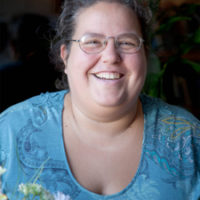